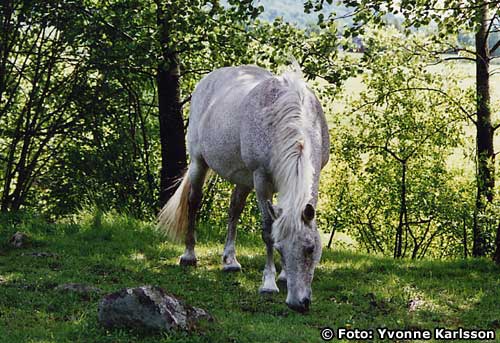 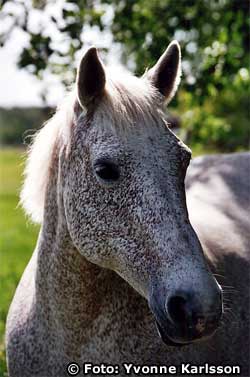 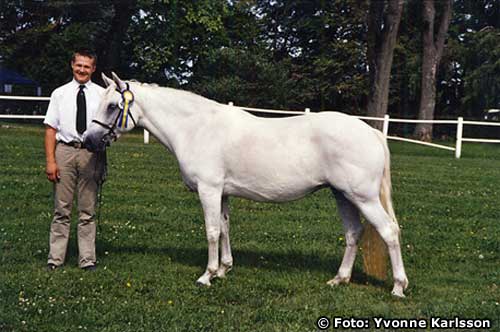 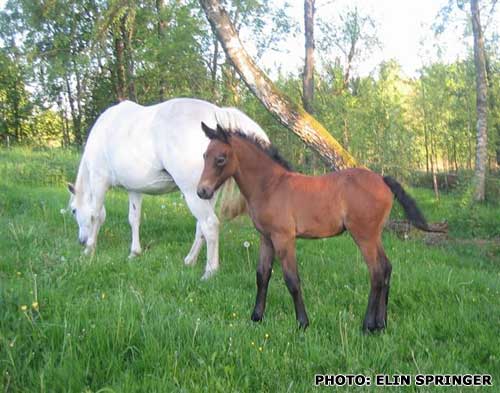 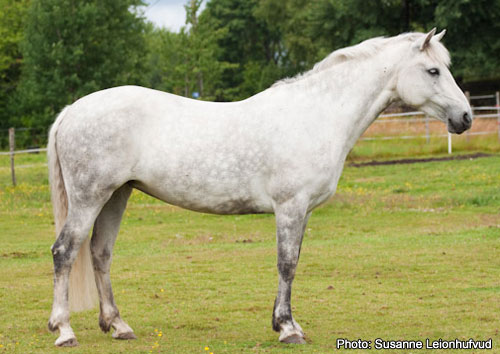 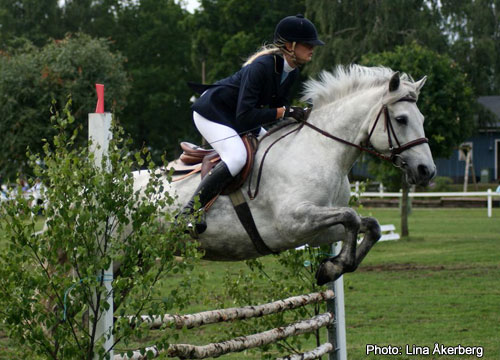 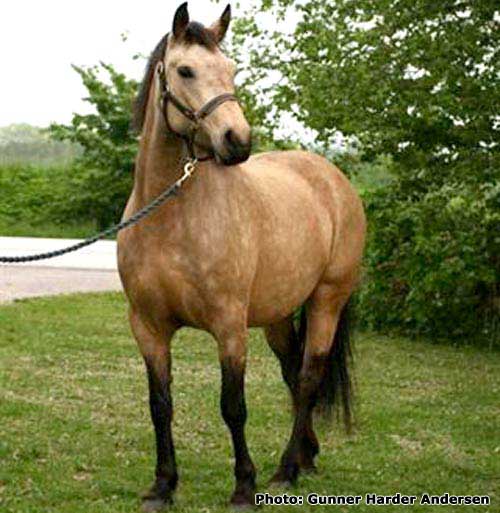 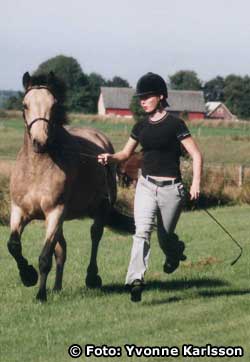 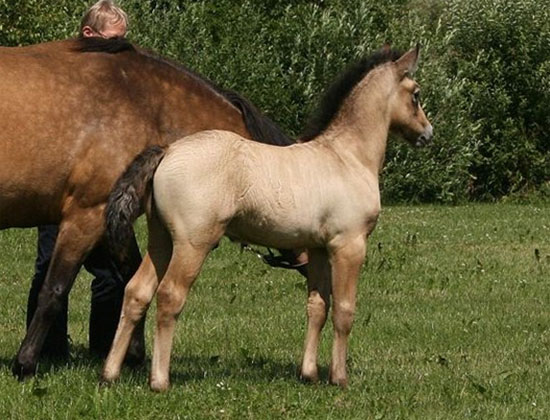 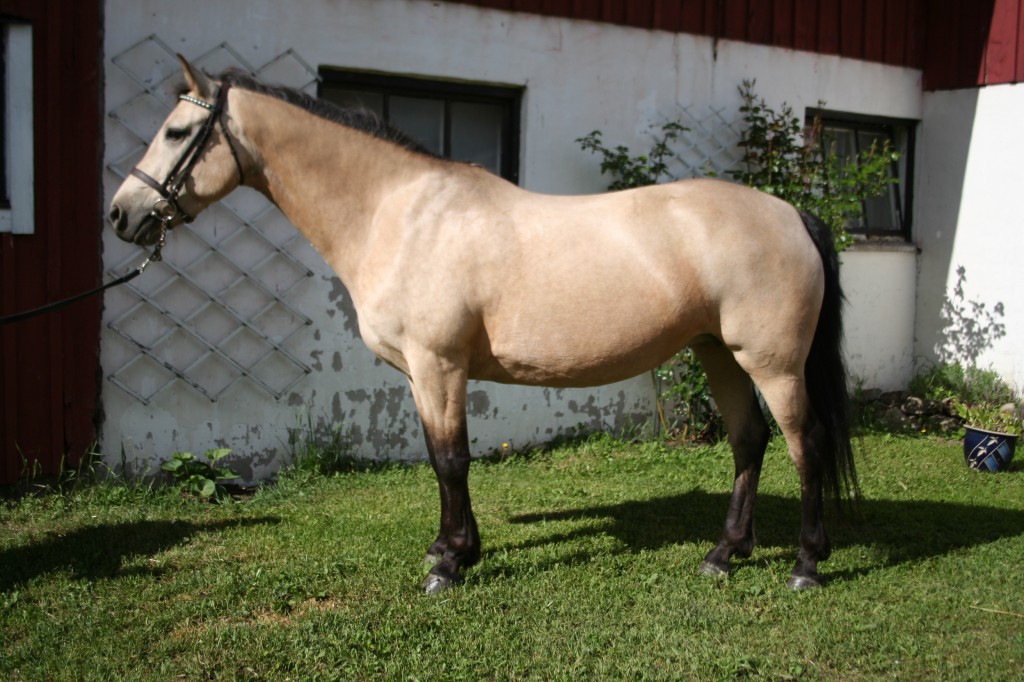 Believe it or not but this forwardgoing pony has developed into a super childspony and is adored by our grandchildren! 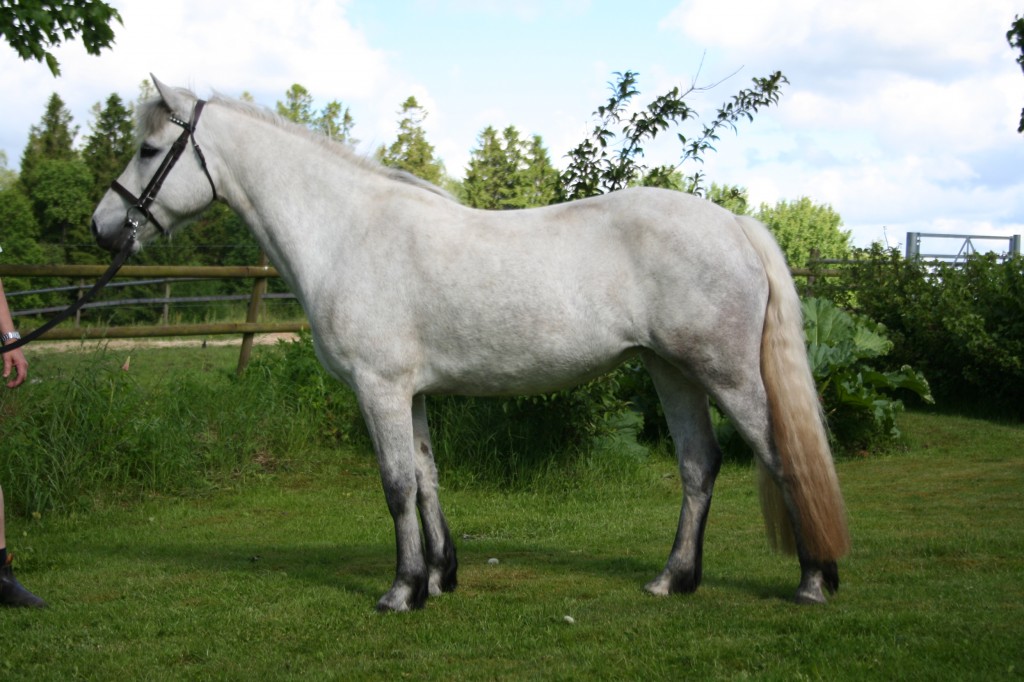 Born at Lofty stud 2008. grey (born bay) , 146 cm. Reserv Champion Breed Show 2012.  She will stay at the stud and take over from her dame.  She was very promising and loved to jump.  A injury in the field has forced us to change the plans for Deirdre and she will start her breeding career.   HWSD: NN
Link to film on Youtube , 4 years old. 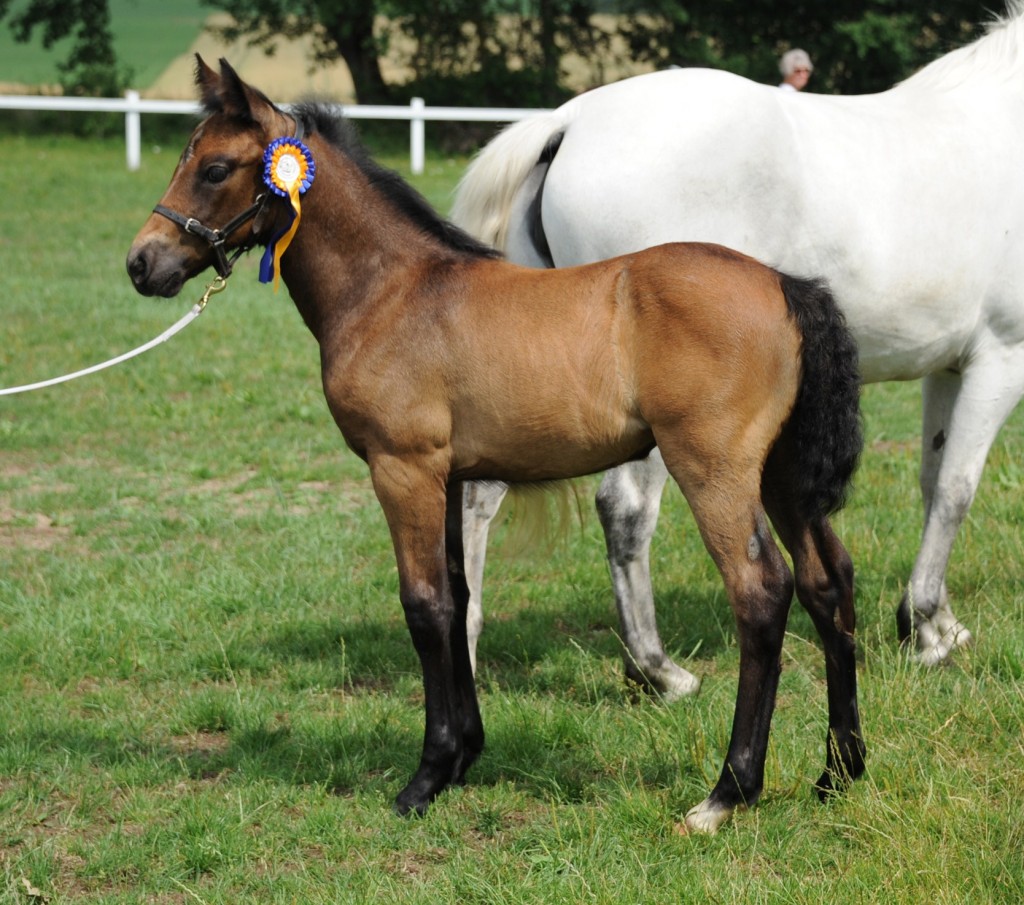 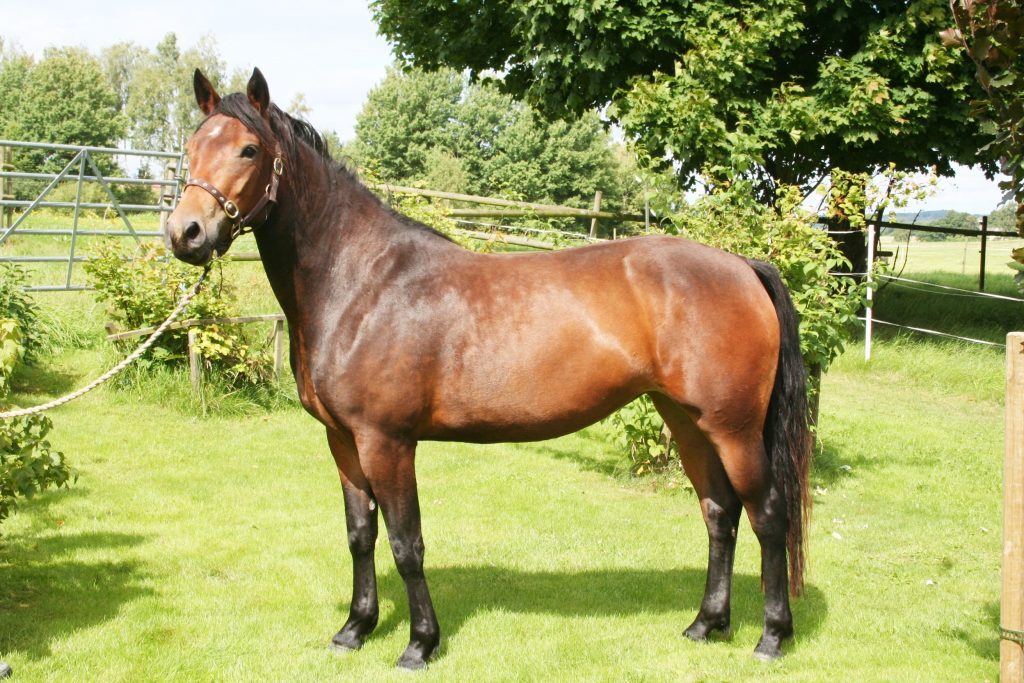 Born 2013 at Blakehill Stud,with  Cian Geoghegan. Inspected Class 1, 145 cm.  Rolo arrived here in July 2016 and found her place among the young fillies at once. She arrived scanned in foal to Clegganbay Tower.  Not covered since though I want to ride her and give her the basic education before the next foal. She is lovely to ride, sensitive but willing to learn and a good mover.  A mare with a great temperament. 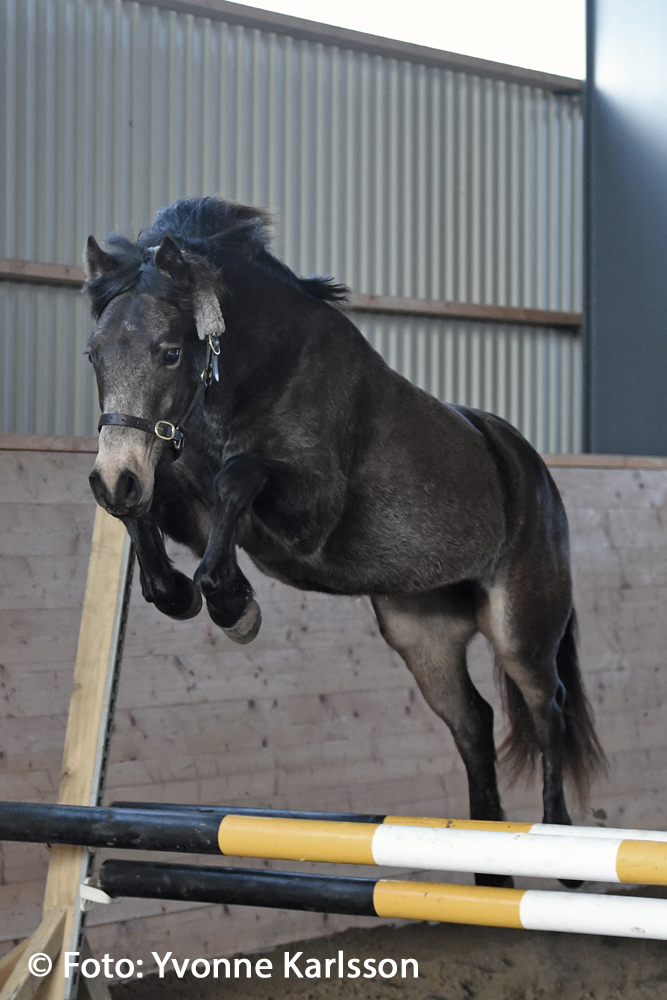